Sale on canvas prints! Use code ABCXYZ at checkout for a special discount!

Happy Year of the Goat 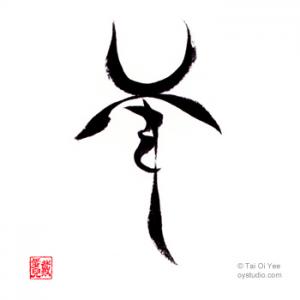 Here is my grass calligraphy for the Chinese character Goat.

Chinese writing dates back to over 5000 years ago. Chinese characters evolved from pictographs to more abstract ideograms to the modern-day character, which bears a slight resemblance to its pictographic origins. The characters are divided into 3 main categories : pictographs , ideograms , phonograms.

"Goat" 羊 is a pictograph. The original oracle bone script is a rough drawing of the animal. Here is my interpretation of the goat's head. You can see the horns, ears and beard. Flow With The Ink Workshop 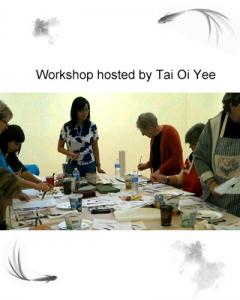 I was invited to host a workshop for the Art for Cancer Foundation. This art session was aimed at helping those living with cancer, their families and caregivers as well as cancer survivors. 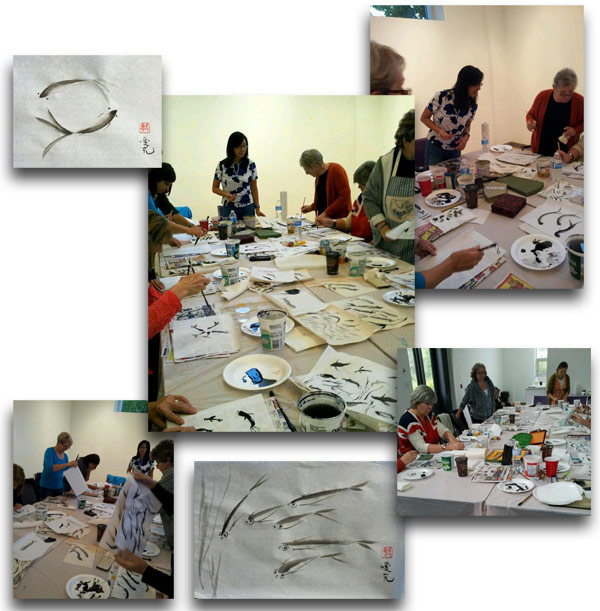 The workshop on September 15, 2014 at the Wychwood Barns Community Gallery was a success.

My panda painting was part of the exhibition, "With One Stroke" at the Orange Regional Gallery, New South Wales, Australia from August 15 to September 7, 2014. This is first time in Australia that a government regional art gallery has supported this "stand alone" exhibition.

Here are a few snapshots: 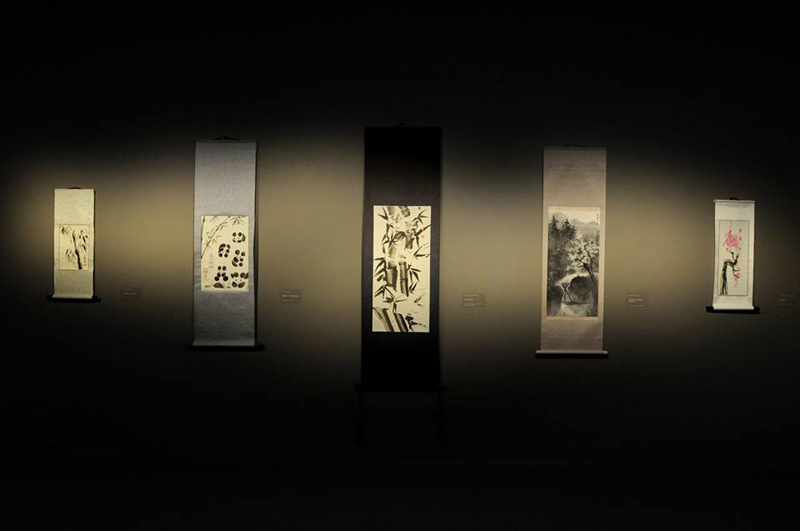 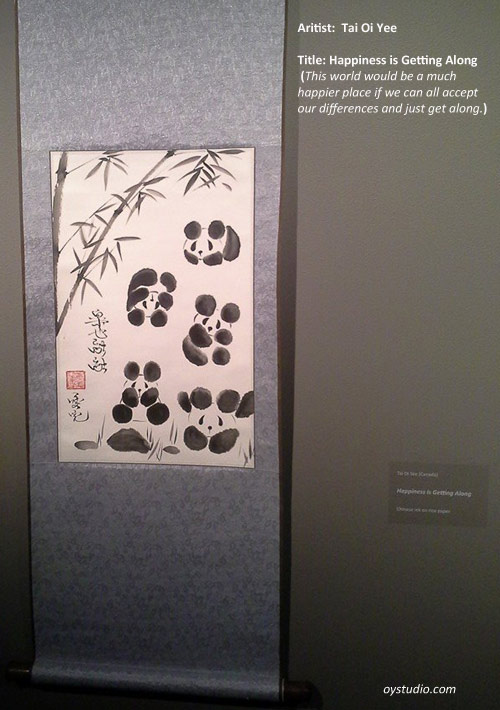 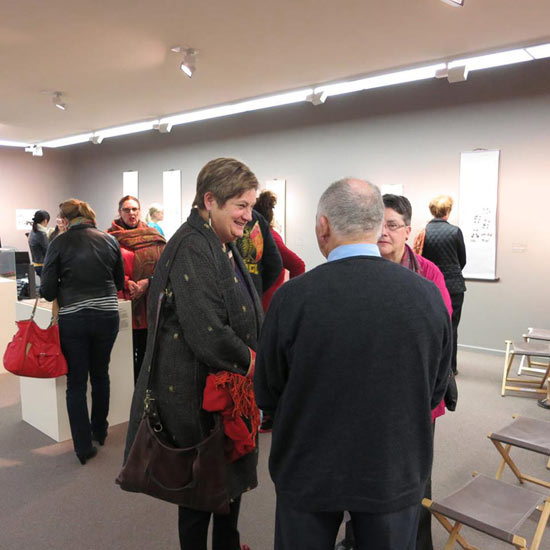 My calligraphy featured in new publication

Oi Yee's calligraphy is used as the title, and featured in the beautiful book
Inner Harmony... Learning from the Buddhist Spirit by Jon Kolkin Fine Art Photography 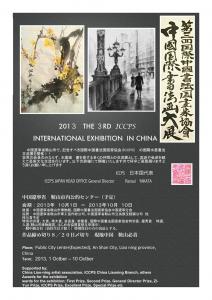 The third ICCPS international exhibition has successfully wrapped up. Two of my paintings were exhibited there.

I sent my paintings to Tokyo's head office where they arranged the scroll mounting and transport to China for the exhibition. Can't wait for the return of my artwork...so excited to see them mounted beautifully! 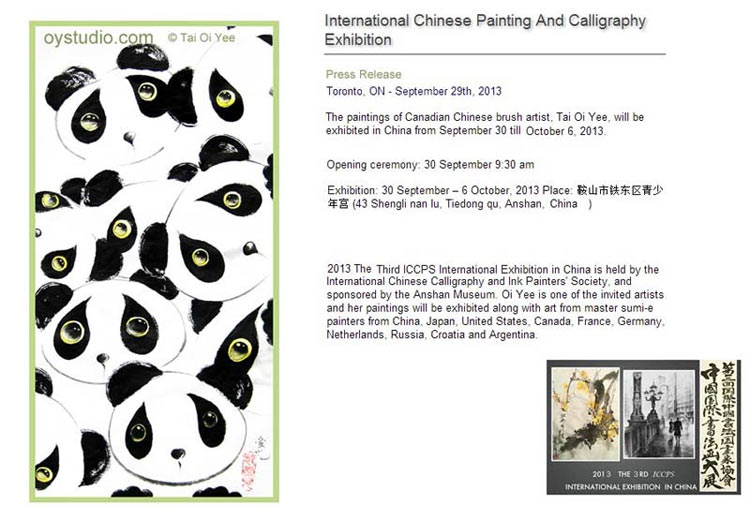 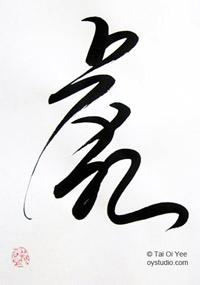 Just received this photo from a client who commissioned me for the "tiger" calligraphy. He did an excellent job with the framing! 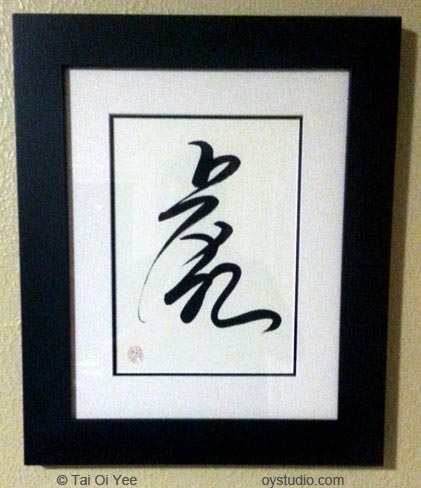 Chinese writing dates back to over 5000 years ago. Chinese characters evolved from pictographs to more abstract ideograms to the modern-day character, which bears a slight resemblance to its pictographic origins. The characters are divided into 3 main categories : pictographs , ideograms , phonograms.

"Tiger" is a pictograph. The original oracle bone script is a rough drawing of the animal. Here is my interpretation. You can see the head of the tiger at the top, the stripes in the middle, and the crouching body and tail at the bottom right.

Happy Year of the Snake 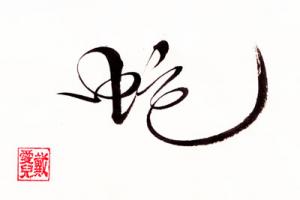 Happy Year of the Snake! The huge snow storm in the Northeast is now over. We are starting the new year with a sunny, lovely day.

The Chinese calendar is a lunisolar calendar, and the start of the year is based on the cycles of the moon, and this year it falls on February 10, 2013.

This is my wild grass calligraphy for the Chinese character, snake.

Chinese writing dates back to over 5000 years ago. Snake is a pictograph. The original oracle bone script is a rough drawing of the snake. It has evolved to the modern day character but you can still vaguely see the head on the left and the tail on the right.

Award at the Maulevrier Exhibition

I have just received my paintings back from France. I am so thrilled that I won the ICCPS French Award at the " On the Tracks of the Mind Zen" exhibition which was held in Maulevrier, France. The organizer, Gregory Cortecero, has sent me the exhibition link and photos: 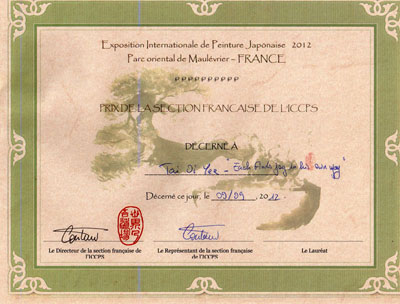 I am so happy to know that my painting "Each Finds Joy In His Own Way" was voted one of the top ten favourites by the attending audience : ) 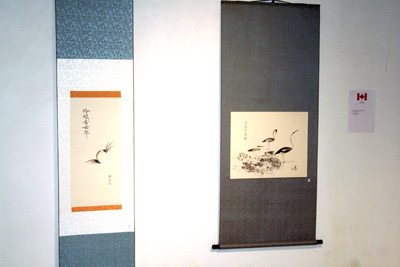 Award at the Anshan Exhibition 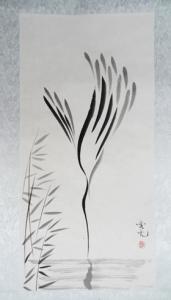 Just got my paintings back from Japan. Mr. Yakata did a great job with the mounting of my paintings, and transporting them to and from the exhibition at the Jade Buddha Temple in Anshan, China. I really appreciate it. The works of artists from China, Japan, United States, Canada, France, Netherlands, Germany, Russia , and Australia were showcased at this international exhibition. 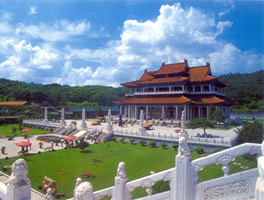 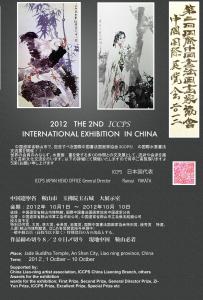 I sent two paintings: "Go For It With Will & Determintation" and "Dance of the Dragonflies" 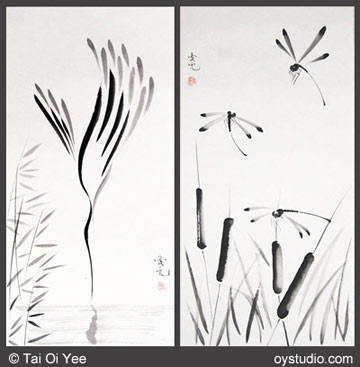 
Included in the parcel sent back to me were also the certificate of the Judges' Special Award which I won together with the box of beautiful calligraphy brushes, and the exhibition books. There were many sponsors including the city, banks, and the newspapers, so they could print these beautiful books. I love all the wonderful works showcased in there.

I for sure will put the brushes to good use : ) 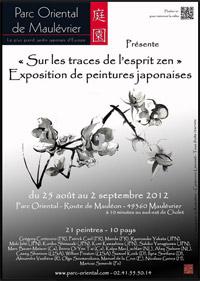 Exhibition: On the Tracks of the Mind Zen

I've been invited to exhibit in Parc Oriental de Maulevrier which is Europe's largest Japanese garden located in Maulevrier, Maine-et-Loire, Pays de la Loire, France. This international exhibition in August this year will showcase the Chinese ink paintings and calligraphy of 21 artists from 10 different countries in Europe, North America and Asia. 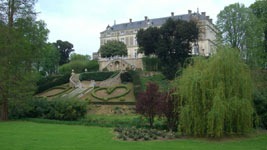 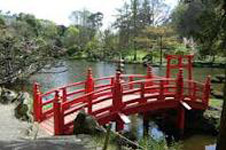 The French organizer has prepared this promotional video. It's a long video showcasing the amazing art from France, Holland, Belgium, Russia, Spain, Germany, Hungary, Japan, USA and of course Canada which I represent. I'm at 6:00 in the latter half of the video. 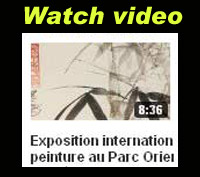